This article was originally published October 14, 2020 on Chicago Health Online. 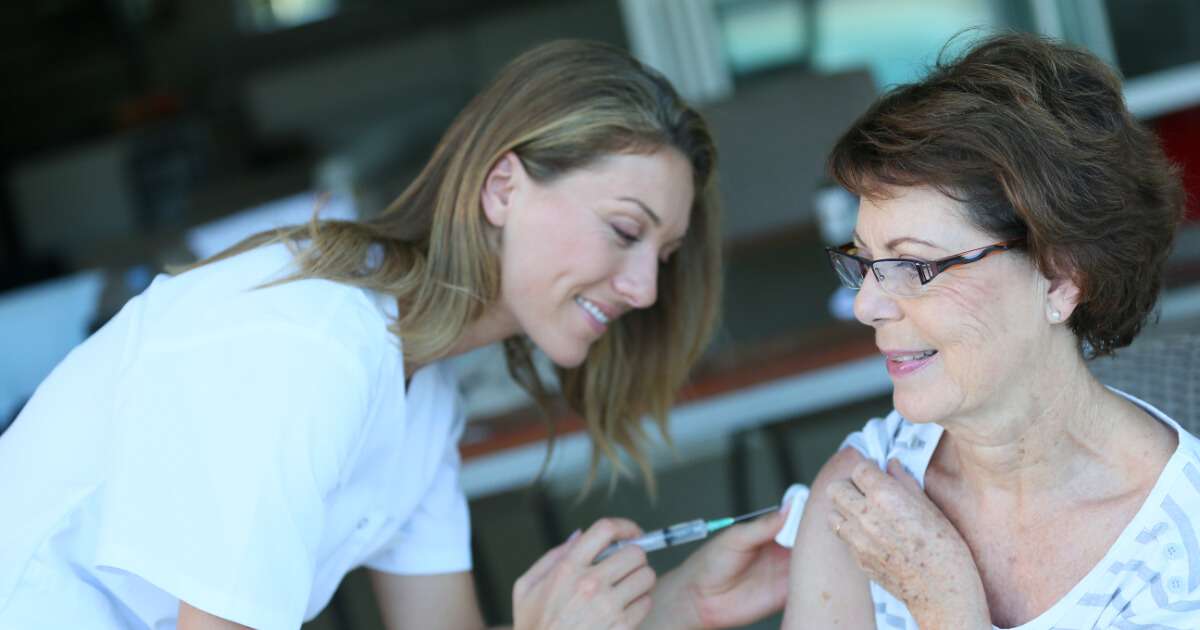 More than ever before, it’s important to get a flu vaccine this year.

Health officials warn of the possibility of a twindemic — with co-occurring spikes of the flu and Covid-19 that will put a huge burden on the healthcare system.

While there’s not yet a Covid-19 vaccine, there is a flu vaccine. And the Centers for Disease Control and Prevention (CDC) recommends that almost everyone age 6 months and up get a flu vaccine.

“If we see a spike of flu and Covid at the same time, it can potentially overwhelm our health systems,” Smith says. “The fear is that if you add a large number of flu patients who are critically ill or require prolonged hospital stays, that could put us at a breaking point.”

Even determining whether you had the flu or Covid-19 would be problematic, says Julie Holland, MD, vice chair of the department of pediatrics at NorthShore University HealthSystem.

“It means additional trips into the hospital or doctor’s office. It means a lot more Covid tests are going to be done, a lot more strain on the healthcare system, and, ultimately, a lot more sick people if we don’t prevent as much influenza as possible,” Holland says.

We talked to some local physicians to tackle common myths about the flu vaccine and give you the facts about why you need to get a flu vaccine now.

MYTH: The flu happens every year. No big deal.

MYTH: I should avoid the doctor’s office because of Covid-19.

FACT: Doctors’ offices are doubling down on infection prevention.

Doctors’ offices, clinics, and pharmacies are taking health precautions to make sure the flu vaccine is administered safely, without exposing patients to Covid-19.

For instance, staff take patients’ temperatures and screen for Covid-19 symptoms before administering the vaccinations. They have enhanced cleaning regimes, social distancing protocols, and mask and face shield procedures.

If you want to reduce the time you are at the doctor’s office or pharmacy, make an appointment for a specific time and fill out forms in advance.

MYTH: I have a healthy immune system; I don’t need a vaccine.

FACT: Even healthy people get sick.

“I’ve seen younger people get very sick with the flu,” Smith says. “We often think we’re immortal and we’re not going to get these things. But sometimes even if you are healthy, you can have a very substantial hospitalization, you can even die from it.”

A vaccine doesn’t only protect you; it protects others, too, Holland says. When more people are vaccinated, it’s less likely the flu will be spread to others — a process called herd immunity.

“There are not only individual benefits, but there are community-wide benefits for everybody who you care about and everybody who lives near you,” Holland says. “Your vaccine benefits all those people.”

MYTH: I can’t afford to get a flu shot and/or I don’t have insurance.

FACT: Most people are able to get the flu vaccine at no cost or low cost.

The flu vaccine is free with most insurance plans, including Medicare Part B. Also, the Chicago Department of Public Health (CDPH) is hosting more than 50 community flu clinics where city residents can get a flu shot at no cost, regardless of their immigration status or insurance.

MYTH: It’s too early/late for the flu vaccine.

The CDC recommends people get their flu vaccine by the end of October, as the flu season generally runs from October through March.

“It takes two to three weeks to establish a good immune response to the flu vaccine. So getting the vaccine now means people will be protected,” moving into flu season, Holland says.

But it’s better to get a flu shot late — even in January or February — than not at all, Smith says. “There’s not really too late of a time to get it. Any time people can get it is the right time.”

MYTH: I’m allergic to eggs. I can’t get the flu vaccine.

While most flu shots and the nasal spray are made using eggs and may contain a small amount of egg proteins, the CDC says it’s safe for people with egg allergy to get the flu vaccine.

If you want to take extra precautions, two flu vaccines — Flublok Quadrivalent and Flucelax Quadrivalent — are made without eggs and are considered egg-free.

MYTH: My child is scared of needles — and so am I — so we can’t get a flu vaccine.

FluMist nasal spray is available for people age 2 to 49. The nasal spray is just as effective as the injected vaccine, Holland says. But it’s a live virus, which means some people should not get it, including if you are pregnant or have a weakened immune system.

The nasal spray is a good option for kids. “It’s quite common for kids to be hesitant about all shots, especially school-age kids,” Holland says. “A lot of them appreciate getting a brief spray up their nose versus a shot in the arm.”

MYTH: The flu vaccine is not effective in older people.

Older adults do not have as strong of an immune response as younger people, Smith says. People 65 and older can receive any flu shot that’s approved for their age group, according to the CDC. However, two vaccines aimed specifically at seniors are formulated to increase their immune system’s reaction.

Healthcare providers give flu vaccinations based on a person’s age, health history, and CDC guidance, but seniors might want to double-check with their providers to make sure they are getting the appropriate vaccine for them, Smith says.

MYTH: I can get the flu shot and still come down with the flu. It’s not worth it.

FACT: Some protection is better than none.

“It’s important for people to remember that this is not a shot that prevents 100% of flu, but it prevents a huge amount of flu,” she says. “For those people who still get the flu, they tend to get much milder illnesses and fewer complications.”

To find vaccines available near you, check vaccinefinder.org, visit CDPH’s flu shot locations, or talk with your doctor or pharmacist.

Eve Becker is the editor of Chicago Health, an award-winning writer and former managing editor of Tribune Media Services.